Children will often call their father papá and their mother mamá. When saying or writing these words in Spanish, remember to put the accent on the final syllable or you will be saying another word. See what we wrote about this here: Dad, Pope or Potato – Papa Papá

The generic name for parents in Spanish is padres. Don't use Parientes which means relatives.

The generic name for brothers and sisters in Spanish is hermanos. You don't need to say hermanos y hermanas as we do in English because the word hermanos includes them both.

Relatives and Extended Family in Spanish

The generic name for uncles and aunts in Spanish is tios. You don't need to say tios y tias as we do in English because the word tios includes them both. The same rule applies for nephews and nieces (sobrinos).

The In-Laws in Spanish

The in-laws are the members of the family of your spouse (the person you are married to) or via a marriage in your family:

In some countries a person gets married more than once. These are the terms used to describe the "new" members of the family when someone gets remarried.

Sometimes one of your parents gets married again and they have more children. One of the parents of these children is your biological father/mother. These children are your: 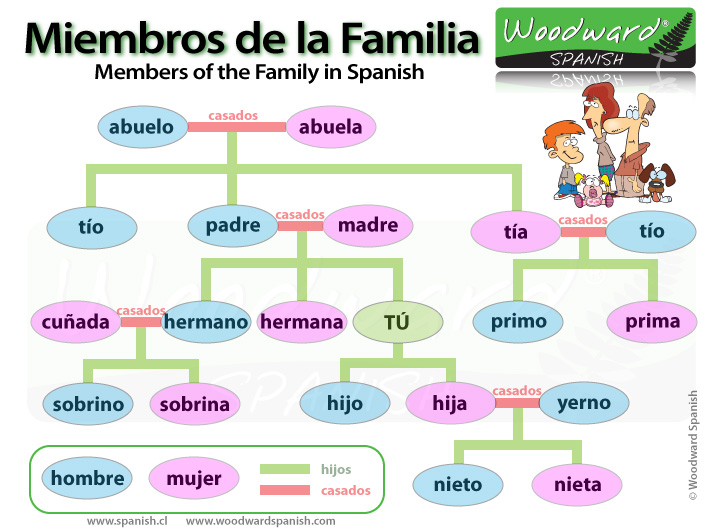 Try our game where you need to translate Family members from English to Spanish.

Try our games to practice this vocabulary about family members: Juego 1 - Juego 2

We have another game with an image of a family tree where you need to choose the correct relationship between different members of that family. 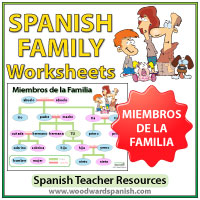 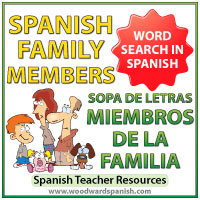 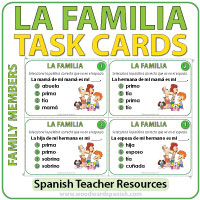 If you found this Spanish Vocabulary about Members of the Family useful, let others know about it: